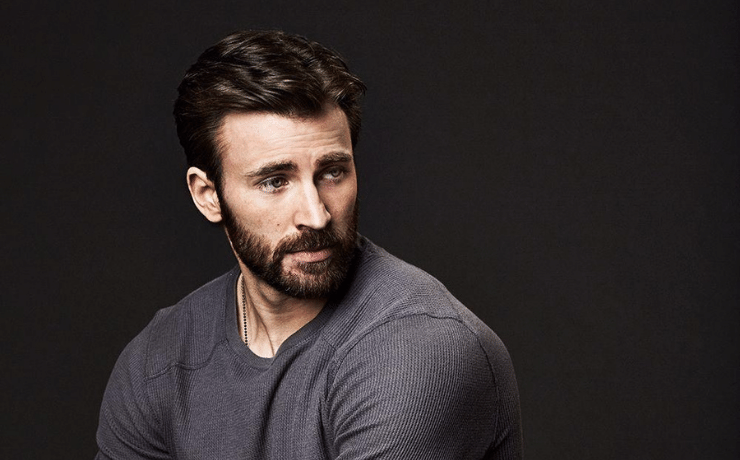 Until he finds his perfect match Chris Evans has had his fair share of ups and downs in his dating life, but he remains hopeful that he will meet The One soon.

The actor, who has wowed audiences with his incredible acting abilities and off-screen antics, has been making waves in the entertainment world.

Though this isn’t the first time we’ve seen him in the news, he’s always been a topic of conversation, whether it’s for his jobs, photoshoots, humorous interactions with other celebs, or, most importantly, dating.

His personal life has always piqued the interest of his fans, particularly ladies, and this time, as the title suggests, the actor is currently embroiled in dating rumors.

His longest-lasting romance was with Minka Kelly, whom he began dating in 2007. The couple had an on-again, off-again relationship and were last seen in 2015.

He also had a two-year romance with Jenny Slate, which we thought was the finale, but they broke up, and she is now engaged to Ben Shattuck.

Since his high-profile engagement with Jessica Biel, the Not Another Teen Movie actor’s love life has enthralled viewers.

The former couple began dating in 2001 and collaborated on two films, London and Cellular, during their time together.

The 7th Heaven alums had high aspirations for their future together, even though they called it quits in 2006.

“We always discuss [marriage].” One year before her and Evans’ separation, Biel told Cosmopolitan, “We both want to be married and have children.”

After nearly five years together, she finally married Justin Timberlake in 2012.

Captain America Has A Huge Female Fan Base

Following his split with Biel, the Marvel franchise actor dated up-and-comers like Minka Kelly and Dianna Agron, and was even linked to superstar Sandra Bullock following her 2010 divorce.

He didn’t get into another long-term relationship until 2016 when he met his Gifted co-star Jenny Slate. They called it quits in February 2017, but their hearts were still full of love for each other.

One month after their breakup, Slate told Vulture about her ex, “He’s incredibly vulnerable, and he’s really straightforward.”

“He reminds me of primary colors. He has lovely, large, strong emotions that he is completely certain about. It’s really a joy to be around. If you could paint his heart, it would most likely be golden.”

The couple gave their relationship a second chance, but they called it quits in March 2018. Despite his inability to find enduring love, Evans is optimistic that he will soon be able to start a family of his own.

“A family can only operate if it is built on the extension of a person’s love for them. You may be on shaky footing if you suddenly desire the kid more than you want the relationship.”

According to a source, since his most recent breakup, the Knives Out star has been “seeing new people and having fun,” but that he wants to “be more secretive with his love life.”

Chris Evans has a huge female fan base, thanks to his role as Captain America.

It’s also safe to assume that practically every woman has a crush on Chris Evans, who is also known as Hollywood’s most gentleman due to his kind, compassionate, and hilarious demeanor, which has made headlines on several occasions.

On Twitter, the topic was trending, and there were a variety of replies, including some amusing posts.

He did, however, star in a number of other films and perfectly portrayed them. Let’s start with his youth and early years.

His mother, Lisa, was the creative director of the Concord Youth Theater, and his father, Bob, was a dentist, thus he comes from a wealthy and educated family.

He was born on June 13, 1981, in Boston, Massachusetts, and raised alongside his two sisters. He began auditioning for various roles because he was interested in acting, and his first break came in 1997 with the short film Biodiversity: Wild About Life!

He had a few recurrent appearances in films until landing his first starring role in 2004, in the film The Perfect Score, which was a box office flop.

His first big break came in 2005 with the film Fantastic Four, in which he played superhero Johnny Storm / Human Torch, and its sequel in 2007.

He also made his directorial debut in the 2004 film Before We Go, in which he also appeared.

The Avengers was released in 2012, followed by Avengers: Age of Ultron in 2015, Avengers: Infinity War in 2018, and Avengers: Endgame in 2019. He is currently among the world’s highest-paid performers, thanks to the huge popularity of Marvel films. According to 2021 projections, his net worth is expected to be $80 million.

Chris Evans is regarded as one of Hollywood’s most attractive guys, and he has dated a number of stunning ladies over his career.

Though few of his relationships have been publicly confirmed, there have been proofs, and his rumored girlfriends include actresses Kate Bosworth, Jessica Biel, Emmy Rossum, Christina Ricci, Kristin Cavallari, Amy Smart, Dianna Agron, Ashley Greene, Sandra Bullock, and Lily Collins, but none of them lasted more than a year.

Chris Evans most famous relationships and flings include:

After meeting on the set of 2000’s The Newcomers, the former costars fueled romance rumors.

During their five-year romance, the gifted couple began dating in 2001 and starred in two films together.

Despite the fact that they eventually divorced, the former couple came close to taking the next step in their relationship.

“[Marriage] is something we always discuss. We both want to get married and start a family together “In 2005, Biel told Cosmopolitan. “However, because we are not engaged, the reports are unfounded… for now.”

In 2007, the Scott Pilgrim vs. the World star was seen kissing Rossum in a Hollywood club, but the Shameless actress insisted that they were simply pals at the time.

Though they had only been dating for a short time, they appeared to be head over heels in love when they strolled arm in arm at the 2007 Met Gala.

She soon cleared the air after the New York Post reported that the Laguna Beach alum had moved on with the Fantastic Four star following her breakup from Nick Zano.

Evans was spotted leaving a London nightclub with the Butterfly Effect actress in August 2010, but the two actors remained tight-lipped about their romance.

The Glee alum met the Knives Out actor at a pre-Oscars celebration in February 2011, just after she and Alex Pettyfer called it quits, according to a source. They dated for a short time before parting ways.

The Twilight actress was “all over” Evans at a Hollywood club in March 2011, according to E! News, and the dancing duo had “a lot of chemistry.”

Greene had recently broken up with Joe Jonas after nearly a year of dating.

After meeting at the Vanity Fair Oscars party earlier that year, Us reported in March 2015 that the Avengers: Age of Ultron star was dating Collins. At the time, an insider disclosed, “It’s just the early phases.” “However, they’re having a wonderful time and they will see where it goes.

The unusual couple first became associated in early 2014, and each of them dealt with the rumors with a sense of humor.

The Miss Congeniality actress teased Entertainment Tonight at the time, “We’ve since married and everything started splitting apart, so we separated.”

“I hope everyone can respect our privacy when we filed for divorce. However, we’ll be friends and share care for the farm animals we’ve adopted, because you can’t just abandon the animals.”

Evans revealed two years ago that Bullock was his biggest childhood infatuation.

The Friday Night Lights alum has a long history with the Boston native, who first sparked romance rumors in 2007 and then rekindled their relationship in 2012.

In October 2013, the two split up for the second time, but reunited a year later. Evans and Kelly were last spotted together in 2015 during Labor Day weekend.

The costars turned their onscreen chemistry into a full-fledged relationship after working together on 2016’s Gifted.

A source told Us that the couple put their romance on hold “due to conflicting schedules” less than a year later.

They reconciled in November 2017 and briefly became the internet’s hottest pair before calling it quits in March 2018. Slate is now engaged to artist Ben Shattuck.

When the actors were photographed getting intimate with each other in London on two separate occasions in July 2020, it raised eyebrows.

At the time, Evans never publicly addressed the claims, and James remained tight-lipped about whether they were more than buddies.

Last summer, Lily James and Chris Evans became one of summer 2020’s unexpected pairs when they were caught leaving a private members’ club in London together and sharing a cab back to Evans’ hotel, where they used separate entrances. Evans’ British companion is likewise an experienced Disney star with an extensive résumé, a former high-profile public romance, and it’s unclear whether the two are dating or just pals.

12 Best Derma Rollers For Face You Never Want To Miss