Did You Know That Chrissy Metz Has Always Struggled with Weight Issues And Body Shaming? 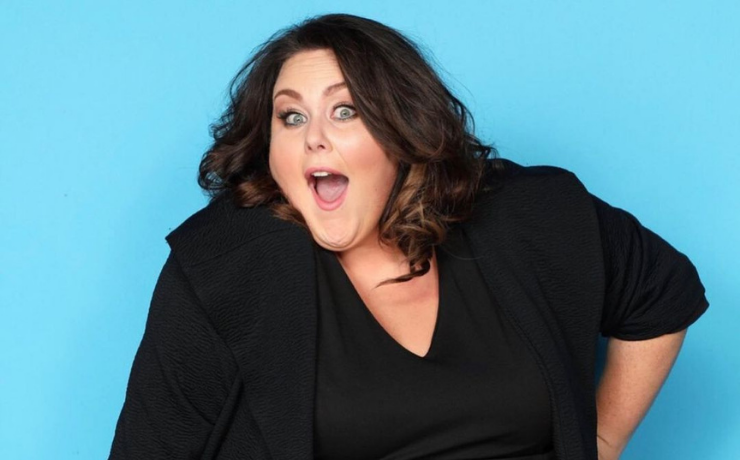 Chrissy Metz, who plays Kate Pearson on This Is Us, has never been shy about sharing her thoughts on body image and weight loss. Chrissy Metz’s weight loss has hit the news and has been the top topic of many.

Dan Fogelman, the show’s creator, based the character on his own sister’s weight-loss experience, and the genuineness shone through when Metz read the script for the first time.

“This was a woman who was struggling with her weight. ‘OH my God, I gained a pound,’ for example “In 2017, Metz told the Hollywood Reporter.

“All I could think was, ‘Oh my God, I’m Kate,’ because she was a real woman who was truly hurting.”

Chrissy Metz Talks about Her Weight and Relation with Her Childhood

Metz grew up with her mother, stepfather, and four siblings in Gainesville, Florida. She told Glamour last year, “There were nights my mother wouldn’t eat supper.”

“I understood mother was giving up food to ensure we had enough to eat, but you can’t help yourself when you’re 9 or 10 years old.

It was a disaster. In retrospect, I believe this is why food and love are synonymous in my family. It’s how we expressed affection – every time my grandma picked me up from school, she’d prepare me a grilled cheese sandwich. That kind of attention meant a lot to me. ‘Oh, I’m pleased — let’s party and eat,’ I’d say as I grew older.

What makes you think I’m sad? Allow me to eat my emotions.’

“He couldn’t help but gaze, especially when I was eating, because my figure seemed to offend him. He made a joke about putting a lock on the fridge “According to CNN, Metz wrote in her memoir This Is Me: Loving the Person You Are Today.

“We had gone so long without food that I felt compelled to consume it as soon as it emerged. My sole source of joy was food.”

Metz claims she was waking up in the middle of the night and taking food into the bathroom to eat.

She claims that by the time she was 14, her stepfather was forcing her to weigh in: “He’d take the scale out of the bathroom and slam it against the kitchen floor. ‘Well, then, get on with it!'”

(This was then refuted by her stepfather, who told Entertainment Tonight, “None of it is correct… I adore her, just as I have always done.” Metz and he have a relationship currently.)

“I recognized those things [her experiences] served me in what I wanted to accomplish, in being vulnerable and having the ability to be really emotional,” Metz says in the January/February 2020 issue of Good Housekeeping. “There’s a reason I went through all of this: to become the person I am and to embrace myself through it all,” I think to myself.

She told the Hollywood Reporter, “I remember going to Weight Watchers when I was like 11.” “It was embarrassing since I was the youngest person in the dang room. My mother was attempting to solve the problem, but it is a lengthy procedure.”

After relocating to Los Angeles, Metz scored her first major part as Barbara “Ima” Wiggles on American Horror Story: Freak Show. On set, the actress was compelled to don a fat costume. She told People, “It was sobering.”

“What if I gain that much weight and can’t walk or get stuck in the doorframe?’ I wondered. ‘I don’t want this for me,’ I said.”

She writes in her book, “I thought success and joy weren’t coming to me.”

“They had always been inside me.” Every small act of self-expression that I performed led me to this point, where I am speaking to you.

You are hard-wired for this dream, and once you stop waiting for things to happen, you will make it happen.

Turn all of your attention away from what other people are saying and toward what you’re saying. You’re a natural at this. ‘I’ve got this,’ say it.

On The Jenny McCarthy Show, she noted, “Esteemable behaviors generate self-esteem.” “When I can be nice and helpful, when I can be kind, it gives me that true confidence, and I’m like, ‘None of this matters.'”

Fans of This Is Us may recall Kate’s poignant speech from season one, in which she declares, “It’s always going to be about weight for me” – an idea Fogelman got from his sister Deborah.

“I remember reading lines like, ‘I’ll always be frightened of a chair collapsing beneath me,’ or ‘whether others will be able to tell if I’m genuinely pregnant,’ and crying and telling Dan, ‘These are my anxieties,” Metz recalled.

Chrissy Metz on Filling a Void with Weight Loss

“It may be difficult in that the weight isn’t all that I am or all that Kate is,” she told Vanity Fair in 2017. “But it’s a really important part of who we’ve allowed it to be.” “And there’s only one way to convey that story: tell it.”

Kate has been dealing with fresh difficulties and storylines since then.

“People who have never been overweight have no idea what its like,” the actress told Glamour. “They believe you’re just sitting in the corner eating,” she explains.

“My point is, let’s go to the root of the problem – eating is a symptom, not the problem. Everyone is attempting to fill a void with something.”

On Her Contract with the Show:

Metz claimed when the show initially aired that she signed a contract that included a stipulation requiring her to lose weight in order to play her character.

She told TVLine at the time, “That was a win-win for me.” “It’s one thing to attempt to accomplish it all by yourself. But it’s an ego thing: we’re more likely to do something for someone else than for ourselves.”

She then explained to Harper’s Bazaar that she is not under any need to lose weight or meet any deadlines.

“We have a general long-term plan that we’ve all talked about,” Fogelman told the Hollywood Reporter. “We’ll change the plan as needed.” “After all, isn’t that what life is all about?”

“I’ve struggled with weight issues, but I’ve realized that I don’t have to beat myself up if I eat XYZ food,” she tells Good Housekeeping as she reflects on her eating habits.

“Instead, I shift my perspective and ask myself, ‘What am I angry about?’ since we like crunchy things when we’re angry and ice cream when we’re soothed. All of this is something I’m just trying to be aware of.”

“If a waiter takes a tray of food and a glass falls and spills, they don’t just toss the entire tray on the ground,” she explains.

You receive a new cup of whatever you dropped and continue on your way. We often say, “I quit!” when something isn’t ideal.

‘This isn’t conducive to forward progress, and progress, not perfection, is what it’s all about.

In September 2017, she told TODAY, “The question I wish people would stop asking me is, ‘Are you having weight-loss surgery? Are you going to be doing a gastric bypass?'”

“The question I wish people would stop asking me is, ‘Are you having weight-loss surgery? Are you going to be doing a gastric bypass?’ “I’m good, boo,” she says without hesitation.

Chris Metz On Her Future Plans & Next Big Project

After acting in the faith-based film Breakthrough in 2019, Metz is excited to make her own film and release her debut record in 2020. She tells Good Housekeeping of the record, “I don’t want to compromise a sound, a note, or a word.” “I want it to be on my terms, which is something I’ve never done before.”