Story of Waco Siege and David Thibodeau: One Of The Few Survivors Of The Siege Against Mount Carmel 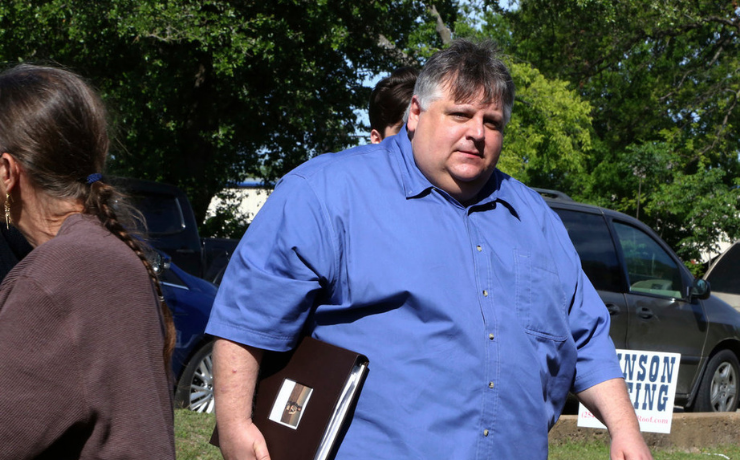 The siege began on February 28, 1993, as a result of the Bureau of Alcohol, Tobacco, and Firearms (ATF)’s failed attempt to raid the compound for suspected possession of illegal firearms.

David Thibadeau is one of the very few survivors of the 1993 siege against Mount Carmel causing one of the most tragic moment and most disputed event which took place in the 1990s.

The siege began to take place on February 28, 1993 as the Bureau of Alcohol, Tobacco, and Firearms (ATF)’s went to raid the compound for some type of suspected custody of illegal firearms.

As a result, six branch men and four ATF agents were immediately shot to death in the early stages of the raid.

When this matter became too much to handle and could not be controlled at any chance then at that point the FBI intervened, initiating what would eventually become a 51-day siege of the compound.

Thibodeau, who was a professional drummer who initially came to the group after being engaged to play for Branch Davidian leader David Koresh’s band, was only 23 at the when the fire broke out.

He then became vocal about his story and the time that he spent and afterwards in the year 1999, released his first book “A Place Called Waco: A Survivor’s Story” where he penned down his experience and reminiscing the siege and his involvement with the Branch Davidians.

Later on, when the story came into further notice in the year 2018, the book was then again republished under the name Waco: A Survivor’s Story and gained further popularity when it became the subject of the Paramount Pictures mini-series also known as Waco.

Gary Noesner, who was the chief hostage negotiator at the time of the blast also wrote down his point of view and his book “Stalling for Time: My Life as an FBI Hostage Negotiator” was also an inspiration for the series.

How Thibodeau Met David Koresh And How They Bonded Over Music

Thibodeau met David Koresh (Taylor Kitsch) in Los Angeles while he was in his early twenties, and the two became friends over music.

He moved to the Mount Carmel commune in Waco, TX, for 18 months after befriending Koresh.

Koresh was the leader of the Branch Davidians, a sect of the Seventh-Day Adventists who expected Christ’s second coming and the Armageddon.

The authorities had been investigating Mount Carmel prior to the 1993 siege that ended in a tragic fire, believing the Branch Davidians were unlawfully accumulating weapons.

Thibodeau later assisted the Dowdles with set design and wardrobe for Waco after completing his memoir in 1999, and even appeared in a brief appearance on the show.

He had lived in Bangor, Maine, since 2003, playing drums for the band The Blast Addicts, according to the Bangor Daily News in 2018. He currently resides in Texas, according to a 2020 interview with News Center Maine.

As the series continues to air, viewers may wonder what happened to David Thibodeau, who was one of the only survivors of the fire and is played by Rory Culkin (you may recognize one of his brothers from the film Home Alone and another from HBO’s Succession).

Thibodeau and Koresh were real friends who met through music.

Thibodeau said in a 2018 interview with the Dallas Observer that when he first met Koresh, the two bonded over their fantasies of being rock stars, a scene which is reflected in the series’ debut episode.

He ultimately moved into the complex after several trips to Waco. Despite their friendship, he saw Koresh’s shortcomings.

He told the publication, “I can’t be an apologist for David Koresh,” but “I feel for the folks who have had horrible experiences at David’s hands.”

Thibodeau continues to play music as the drummer with the Blast Addicts on the side.

Thibodeau chronicled his experiences in Waco in a memoir.

Thibodeau wrote A Place Called Waco: A Survivor’s Story in 1999, in which he chronicled his encounters with Koresh and the Branch Davidians.

The memoir, together with Gary Noesner’s account of the incident, was later used to create the minister.

Thibodeau contributed in the set design and clothing for the series as one of the advisors on set.

He was also on hand to help Kitsch and Culkin get into character, and he was completely taken aback when Kitsch walked onto the set in full costume.

In 2018, Kitsch told the Hollywood Reporter, “We had Thibodeau on set every day.” “From my 2 a.m. texts to him when we were shooting to improvising the Psalms that [Koresh] likes to have, he helped me mentally.”

In a 2018 Reddit post, a fan pointed out that Thibodeau appeared in a cameo role in one of the series’ last moments, sitting with Rory Culkin, the actor who played him throughout the series.

David Thibodaeu was an ambitious drummer

Many young individuals flock to Los Angeles in the hopes of achieving fame and money. One of them was David Thibodeau, an ambitious drummer from Maine.

Instead of meeting a music producer who could help him break into the industry, he met a self-proclaimed psychic who would make him famous.

Thibodeau was 21 years old when he stepped into the Guitar Center on Sunset Boulevard to buy a new pair of drumsticks, according to his memoirs, “Waco: A Survivor’s Story.”

He went into a soundproof room to test them out and came across two men examining an electronic drum kit.

They requested him to “strike a couple quick licks,” which he did, “showing off a little,” according to the author.

David Koresh, the Branch Davidians’ leader, and Steve Schneider, his right-hand man, were the two men.

It’s been 25 years since the federal government and the millennialist sect in Waco, Texas, engaged in a 51-day standoff that resulted in the deaths of 82 citizens and four agents from the Bureau of Alcohol, Tobacco, and Firearms.

Outsiders such as journalists, religious experts, and even a congressional committee have analyzed the incident extensively, but only two of the nine Branch Davidians who survived the assault have released memoirs.

Robert Fass narrates the new audiobook in a low, bedtime-story voice, which adds a good amount of feeling and a sense of creepiness to the story.

The story seems more like a Grimm’s fairy tale than an account of one of the worst law enforcement blunders in American history, thanks to the radio legend’s mellifluous narration, which does not communicate the shock and fury I felt as I listened.

Thibodeau’s future engagement in a doomsday sect led by a dominating, patriarchal leader is tainted by his upbringing by an agnostic single mother whose mantra was, “Question Authority,” and who carried him on her hip to rallies.

Thibodeau, a self-described “class clown,” was actually a lonely boy who was taunted for being overweight and vented his frustrations through a hand-me-down drum set.

He went to the Musicians Institute of Technology in Hollywood for a year after high school and joined a band in the hopes of becoming famous.

His bandmates, on the other hand, were more concerned with drugs than with their jobs.

He initially met Koresh, a guitarist and singer looking for a drummer for his Christian rock band, when he was at his “lowest moment.”

Thibodeau, who was initially skeptical, nevertheless accepted the offer from “Messiah Productions” and was swiftly dragged into the fold.

“I believe the lack of a real father figure, a supporting male role model, warped my perception of things,” Thibodeau says towards the beginning of his memoir. It’s the only time in the book where he comes near to rational hindsight.

When he arrives at Mount Carmel, the Davidian compound on the outskirts of Waco, he discovers more than 100 people living in a spartan structure that was “meant to purify our spirits,” according to him.

Despite this, he develops a friendship with Koresh; they were both raised by single moms, suffered in school, and shared a passion for music.

But, at many points during his journey with the Davidians, Thibodeau senses that something isn’t quite right. Thibodeau immediately thinks of “Psycho” when Koresh tells him he heard voices as a boy.

Thibodeau fears Koresh “could just have tricked everyone into enabling him an exclusive harem” when he hears of his “vision” dictating celibacy for his male followers but allowing him to have sex with any woman he chooses.

Koresh, on the other hand, shrugs aside the fact that he had a 12-year-old “lover” among the many underage females who would become his “wife” and mother his children:

“As far as I could discover, most of the ladies David chose were extremely glad to join the House of David.”

These were children who had been forced to have intercourse with a man who claimed to be God. Thibodeau mocks Kiri Jewell, who testified in 1995 before Congress that Koresh sexually molested her when she was only ten years old, describing her story as “melodramatic.”

Thibodeau spends many minutes analyzing the word “cult” and reviewing the terrible acts of government officers after discounting claims of child abuse.

Other significant aspects of the incident are glossed over, including suspicions that Koresh may have planned to martyr his disciples all along.

Koresh seemed to order a group of men to set the three simultaneous fires that led to the horrific firestorm on April 19, 1993, according to audio recordings collected by the FBI using bugged milk bottles. Thibodeau, on the other hand, ignores this evidence, claiming that the conflagration was started by the A.T.F.’s flashbang grenades.

Near the end of the book, he says, “For two and a half years I’d ridden on David’s energy, carried along by his certainties.” For the Branch Davidians, it was the strong appeal of such “certainties” that proved the most damaging. Koresh’s followers gradually lost their moral compass. Perhaps the few children who survived the calamity — and whose civil rights were so egregiously violated by their parents’ religious decisions — will one day relate their story to contrast this highly polished account.