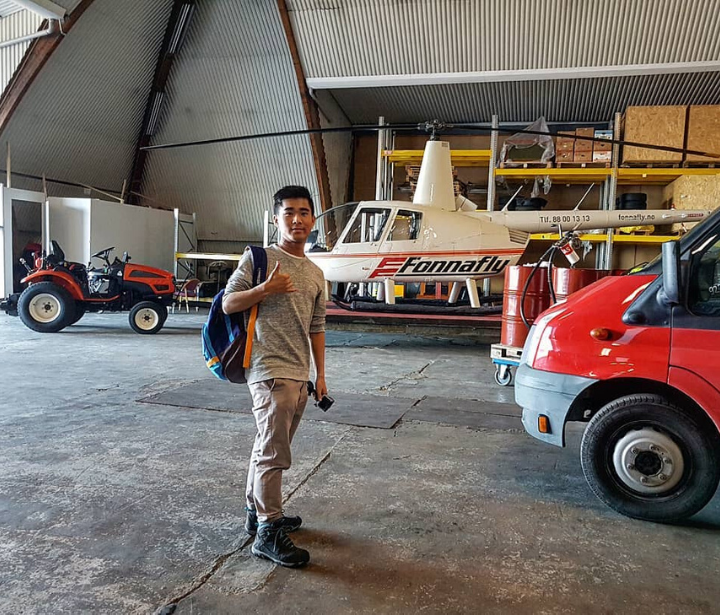 Technology has been an integral part of our lives since the last decade at least and now, with the COVID-19 pandemic reshaping our lives and forcing us to work remotely, technology has become more important than ever. Almost every industry is changing its working dynamics and moving towards a more tech-friendly model that allows people to work remotely without any significant impact on productivity.

While quite a few industries have been successful in doing so, Jesse Neo believes that the music industry is still far behind in terms of technological innovation – and he is right.

Jesse Neo is a famous singer-songwriter, music producer, and DJ. Hailing from Australia, the 22-year-old star is known for his compelling dance tracks, most notably his debut single, Sex Magic, that was released in 2017. Since then, he has been unstoppable. Jesse has worked with a number of famous record labels and YouTube channels and has also been featured in several big publications, including The HuffPost. During the COVID-19 pandemic, Jesse has also added another profession to his CV i.e. a music technologist (as he would say) by starting his latest venture, Gemtracks.

Gemtracks is an all-in-one platform for beats producers. It features a marketplace for producers to sell and buy original beats online along with an educational section that contains informative guides such as 1,000+ Songwriting Ideas and How to Get Your Song on Spotify Playlists. These guides have been exclusively prepared by Jesse himself. Currently, Jesse is working on adding more exciting features on Gemtracks, such as marketing and analytical tools for producers who have signed up on the platform to enhance their experience.

According to Jesse, after his debut track became a hit, he was approached by companies and record labels to make beats for them back in 2017, Jesse would be bombarded by both these labels and fans alike, asking for samples of his beats. So much so that it became nearly impossible for the young star to cater to all the requests. This is when he realized that the music industry was lacking technological innovation.

When speaking about this, Jesse said, “I spent hours browsing the internet, trying to find a platform where I could make my portfolio. However, the ones I found either did not have the option of sales or had copyright issues so I was not satisfied.” He further added that the idea of creating his own platform had been lingering in his mind since that time, but he could not pursue it as he was overloaded with new projects. Now, with the COVID-19 pandemic, it was as if the opportunity fell right into his lap so Jesse went ahead and turned his vision into reality.

Not so surprisingly, the idea was a hit. Within a month, hundreds of both freelance and professional beats producers signed up on Gemtracks, including the likes of Pedro Alexander, Lucas Gold, Milana Leybovich, and William Zarate, some of the biggest names in the music industry. Jesse is optimistic that the numbers will rise further in the near future.

Gemtracks is a one-of-its-kind platform. Its unique selling point is that not only does it host legitimate beats producers with copyrights, but also that each track can be sold only once, allowing the buyer to become the sole copyright owner of the track. This benefits both the producer and the buyer; the former gets a one-time payment for his track, while the latter gets the exclusive copyrights to the track that he can distribute and sell to as many labels as he wants and keep all the profits to himself. As Jesse would say, “it’s a win-win situation for everyone.”

With COVID-19 pandemic permanently reshaping our lives, it’s time we adapt to a more tech-friendly way of life as we all know that technology is the way forward. This is particularly true for the music industry, as it will also help in connecting artists from different parts of the world. Through Gemtracks, Jesse has proved that technological innovation is a vital part of the music industry as it can help make the music industry boundless and sustainable.