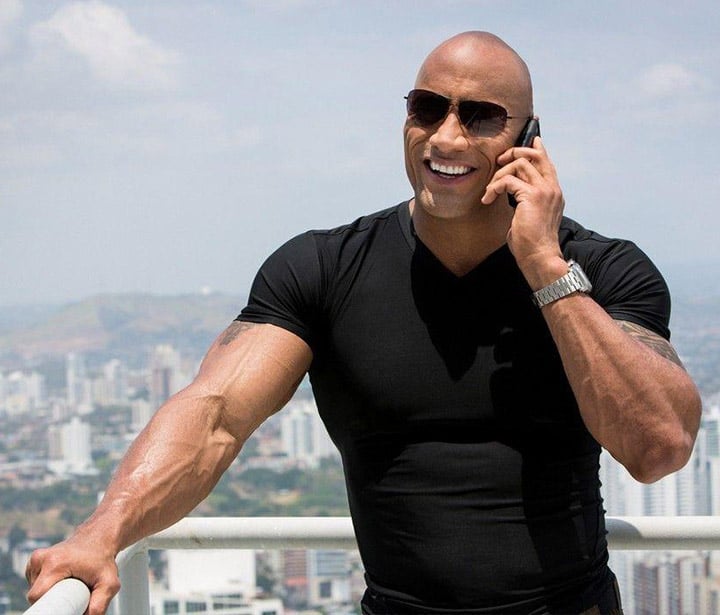 It is said that acting is not about being famous; it is all about exploring the human soul. Acting is an art and not everyone is an artist in this profession. A job of an actor to bring scripted character a life.

Those actors work through the years and win our hearts by their acting skills and we rate them through their performance. These ratings matter most in making them, top actors. But here we will give you the list of those outstanding actors who earned most throughout the year. They change the highest salary of a movie or their movies go blockbuster In the box office.

Dwayne Johnson is early renowned as wrestler The Rock (People Championship). This famous man already proved his metal in the world of wrestling, and now he is taking charge of the acting. Dwayne Johnson is named as the highest-paid actor in Hollywood for two consecutive years. According to the survey, the former wrestler earned an estimated $89.4 million in the last 12 months. His famous movies were Fast & Furious spin-off Hobbs and Shaw, action thriller Skyscraper and his HBO comedy Ballers, which makes him $700,000 an episode. The star picked up his biggest upfront payday to date with Jumanji: The Next Level earning him $23.5 million. In 2020 will see him cast with Emily Blunt in Disney adventure jungle cruise.

Christopher Hemsworth, an Australian actor, comes on the 2nd position on the list of highest-paid actors in 2019. He performed in many famous movies, but in 2019, his movie Man in black and Avengers did a great business and made him reached the second top on the list with the earning of $76.4 million in twelve months.

Robert Downey Jr. He is an American actor, producer, and singer. Numerous films, television series, and video games come under his name. In 2019 his movie Avengers: End game did a great business and placed him in the third position among the highest-paid actor with an earning of $66 million. In the coming year, we will see him as a star in Dolittle and Black widow.

Akshay Kumar an Indian most famous actor. With his looks and martial art skill, he is always the first choice of the director. He has appeared in numerous movies which by his performance touched the sky in the box office. His famous film in 2019 Mission Mangal, Houseful 4 and Goodnewwz was the hit of the year and placed him in number 4 among the top paid actors in 2019 with the earning of $65 million.

Hong Kong famous film star, Jackie Chan withstood several long years for his hard work and multiple injuries to establish international fame after his start in Hong Kong’s manic martial arts cinema industry. He named his life five decades to his film career. His famous movie which hit the box office in 2019 was The climbers, the knight of the shadows, the journey to China and project X-traction made him among top 5 highest-paid actors with the earning of $58 million in the year.