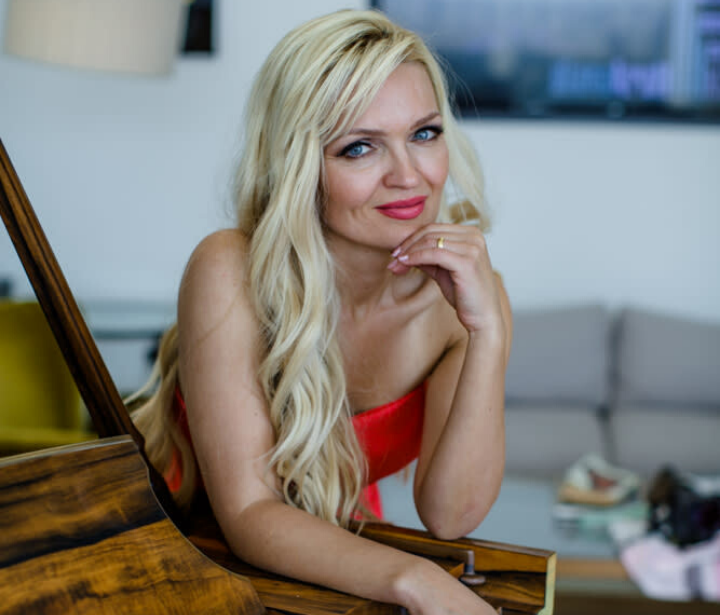 Almost all of us have heard about the American Dream. For those who don’t know, the term refers to “the ideal by which equality of opportunity is available to any American, allowing the highest aspirations and goals to be achieved”. Thousands – if not millions – of people carry this vision with them throughout their lives but are unfortunately unable to achieve it. There are only a handful of individuals who are successfully able to turn this dream into a reality. These are the people who strive hard every single and do not give up easily. Oksana Kolesnikova is the perfect example of such people.

Oksana Kolesnikova is a successful celebrity who has dynamically transitioned from being a young award-winning pianist to CEO of three businesses. Originally hailing from Russia, Oksana emigrated to Florida, U.S after the fall of the Soviet Union. The inspiration-driven individual started her journey as a pianist and has excelled in other fields as well throughout her career. She has been a composer, educator, innovative music, and language curriculum developer and, as of late, a personal mentor to the franchise owners in the Oksana® Franchising International, Inc. network, which is truly a proof of her determination and willingness to succeed.

Oksana’s career began when she won the Florida State Young Artists Symposium Competition and was awarded a scholarship to the School of Music at Florida State University. It was at this time when her musical prowess was discovered and she was offered performances across the Sunshine State and on television, which ultimately led to achieving a wide fan base in the span of a few months only.

And that’s not it – Oksana went on to become the first Russian-American female pianist to travel overseas to entertain U.S. military personnel. Her performances comprised of two world tours on behalf of the Morale, Welfare, and Recreation Department of the U.S. Navy and a solo tour to entertain U.S. troops in Italy, Spain, and Greece – before traveling with the Navy to Asia.

Soon after she rose to fame and won multiple music awards, Oksana was offered to perform as a pianist at the legendary Polo Lounge in the world-famous Beverly Hills Hotel. Here she got a chance to display her talent in front of countless celebrities and business executives. During this time, she also started teaching piano to groups of celebrity students and later developed an innovative model to deliver one-on-one lessons to hundreds of students. These lessons were not restricted to piano only; they were spread over a range of subjects. Oksana also became the founder of an after-school art and scholarship enrichment program that is currently implemented in 12 schools – and growing.

In 2019, Oksana launched her second venture, Oksana® Franchising International Inc., in an attempt to expand opportunities for college students, music educators and entrepreneurs in the U.S. When asked about her motivation behind starting this venture, Oksana said, “I wanted to give back to the society that has given me so much fame and respect. Without my fans, I wouldn’t have been able to reach the point I am at today. Therefore, it’s my way of repaying them for all that they have done for me”.

She further added that if there is one vital thing she learned while being in the public spotlight, it’s that being a celebrity is no less than a big responsibility. “Not only am I under pressure to always deliver my very best, but I must also serve as a mentor and role model for others and that became my inspiration behind starting this venture”, she says.

Coming to music, Oksana is the creator of eight full-length albums that cover a number of tracks – original, classical and popular – along with an instructional video for aspiring pianists. One of her albums, Free Floating, won the 2010 Best Classical Album of the Year on SoloPiano.com. She has collaborated with several international artists, including the famous artist Jim Warren, for many projects. Some artists have also used her albums as an inspiration, which is proof of her success.

It was not until recently that Oksana became active on social media. Her YouTube channel, Oksanabella, featuring her performances has received nearly 3 million views from her fans from all over the globe.

The Secret Behind Her Success

There are certain things that make Oksana stand apart from people who share the stage with her. One of these is her down-to-earth and modest nature. Even after becoming one of the most famous and loved celebrities in the U.S, Oksana still stays in touch with her humble side. In fact, she doesn’t even consider herself a celebrity. In her exact words, “To be perfectly honest, I am honored to be labeled a ‘celebrity’; I don’t often stop and think of myself as one. I see myself as an average person driven by my passions and the mission to make a positive difference in others’ lives”.

Oksana is not only making a difference to her students’ lives by mentoring and helping them but in February 2020, she also founded Oksana® Foundation, an education and arts-focused 501(c)(3) organization that provides opportunities to financially-challenged youth in their own neighborhoods. The talented individual believes accredits this venture as her biggest achievement, as she believes that children are the future and thus, it’s our responsibility to teach them the morals, civic duty, responsibility and everything else that glues the society together, perhaps now more than ever given the current unstable state of the world.

Through her ventures, Oksana aims to bring a positive change in the society that we’re all longing for and she’s striving every to make that possible. “The Oksana® Management Group’s After-School Enrichment Programs, along with all the other premium services we offer, are just a peek into that window of change we hope to bring in order to make a difference,” she says.

Perhaps the most important factor behind Oksana’s success is her mindset. Even after accomplishing so much in her life, she is ready to march forward. According to Oksana, she’s eternally grateful for whatever she has achieved, but it’s not in her nature to rest on any laurels. She has always been compelled to move forward and explore new ideas and projects, looking for ways to help those around her. Oksana doesn’t care about winning or losing – it’s the journey that excites her the most. We believe that’s the reason she’s able to achieve so much; because she focuses on the journey and not the end results.

Truly, Oksana Kolesnikova has turned ‘The American Dream’ into reality. From the day she started her career to this date, she had/has to face a lot of criticism even from the people closest to her for wanting to pursue music as a career. However, she has never let these comments and criticism bring her down; she would instead think of them as challenges and so far, she has succeeded in all of those.

If there’s one thing we all can learn from her, it’s to believe in yourself and your vision and never give up. People will come around eventually when they see you successfully pursuing your passion while helping others simultaneously, but you’re the one who has to take the first step. Don’t let others’ words or actions bring you down – always focus on your ultimate goal, and you’ll get there. That’s what Oksana Kolesnikova has to say to everyone reading this article.